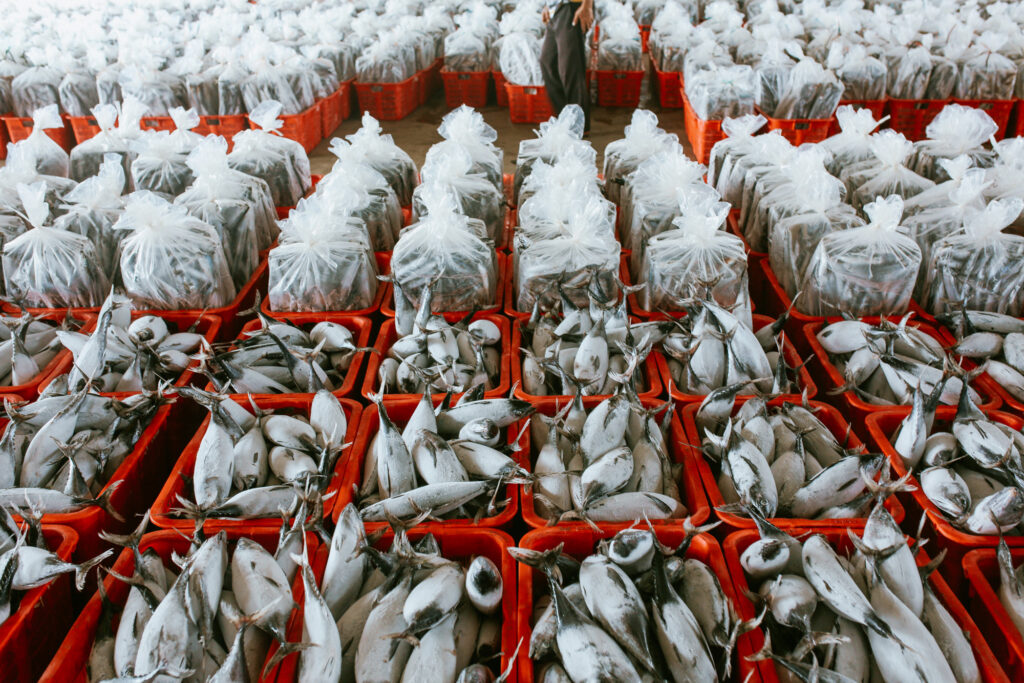 On the banks of the Loji River, piles of fish in bags and baskets lined up neatly, waiting for buyers.

Since it was established in 1978, tons of fish have stopped by here. The wallless building, that is located within Pelabuhan Perikanan Nusantara, Pekalongan, (fisheries port) has been a fish auction place (Tempat Pelelangan Ikan Pekalongan) for almost half a century.

Banyar, Bentong, Layang, Lemuru, Tembang, Tuna, and Cakalang fish are quite popular here. The auctioneer, who sat in the high chair, stole the attention. With loudspeakers in hand, he began his work auctioning fish. Interested buyers will gather around him.

Similar to the auction of art objects, buyers who agree with the prices mentioned by the auctioneer will raise their hands. This process continues until the highest bidder wins. And then, these neatly-wrapped fishes will immediately change hands.

The sales in Pekalongan’s fish auction place are quite varied. During good fishing seasons, from October to December, the place can sell more than 1 billion Rupiah of fish a day. However, in low seasons, sales plummeted to tens of millions.

Tempat Pelelangan Ikan Pekalongan is located not far from Pasir Kencana Beach. Get up early in the morning to witness this fish auction transaction; which is an interesting attraction on its own!